A radical art group of Russian political pranksters, who go by the name of Voina, have delivered a giant "Up Yours!" to the Russian government... in the form of a 213-foot-tall penis. 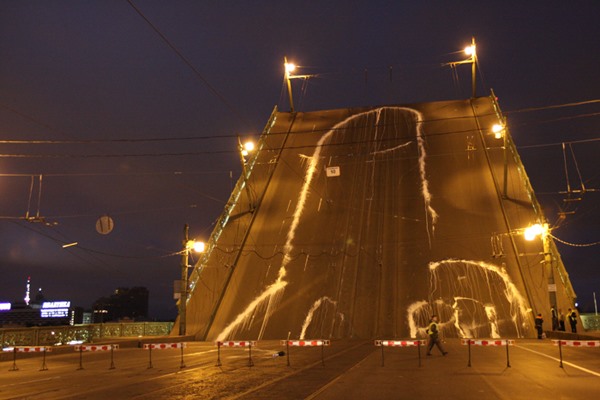 Animal New York reports on the background of the group and how this particular prank was executed: 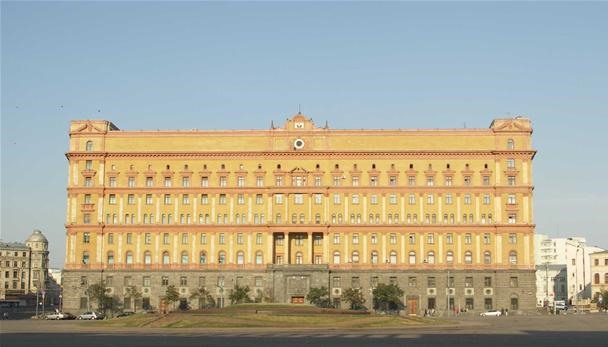 In the early morn of Che Guevara's birthday, the group psyched out bascule bridge guards and made their way onto Liteiny Bridge. In 23 seconds flat, Voina painted a 213-feet-tall, 89-feet-wide phallus dubbed 'Giant Galactic Space Dick.' 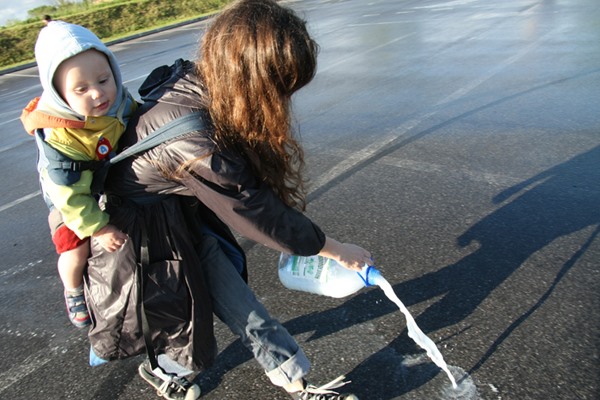 Voina's President (a.k.a. Bucket Man) was captured and roughed up by the guards after painting the right testicle-orb. Unfortunately, the activists who were to write out an acronym directing the obscene gesture specifically at FSB got left behind, but as the bridge rose at 1:40 am directly in front of the FSB headquarters' windows, the symbol could be seen across the city. 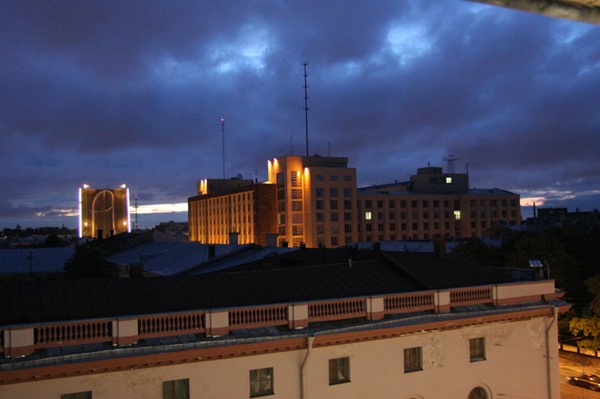 At 2:00 am, the Galactic Dick stood as high as the bridge would go, threatening the FSB as planned. Brigades of firefighters assembled below. Citizens happily made their way to the bombed bridge for photo ops and cheers. 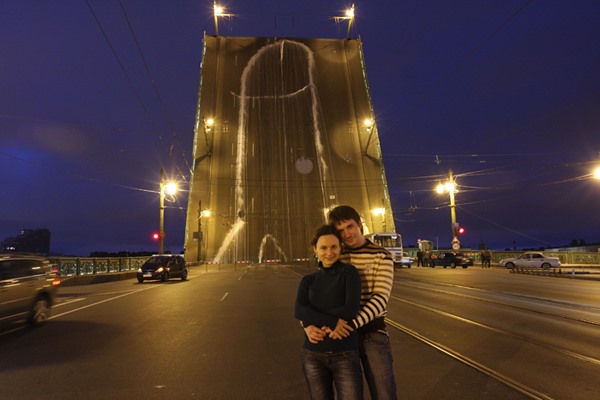 The group did not release their hilarious, culturally un-translatable statement until their President was freed from jail. As the water hoses fired at the Galactic Dick, representatives were on hand to shout 'They destroyed a spectacular work of art by the group Voina!'" 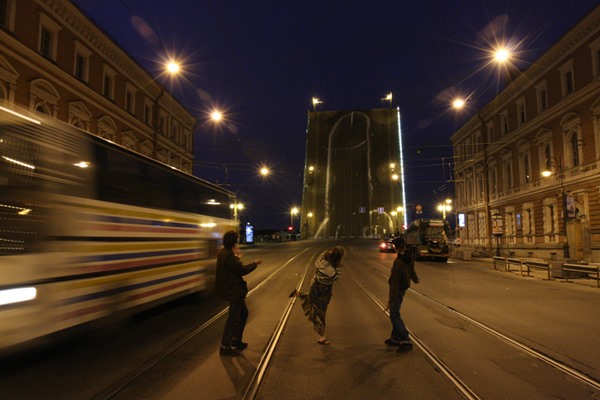