Some prankster... ahem, erected... a giant penis crop circle at the Eiffel Tower, in Paris, this past Friday. My first thought? Photoshop. BUT, according to French journalist Aude Baron the... ahem, erection... is real: 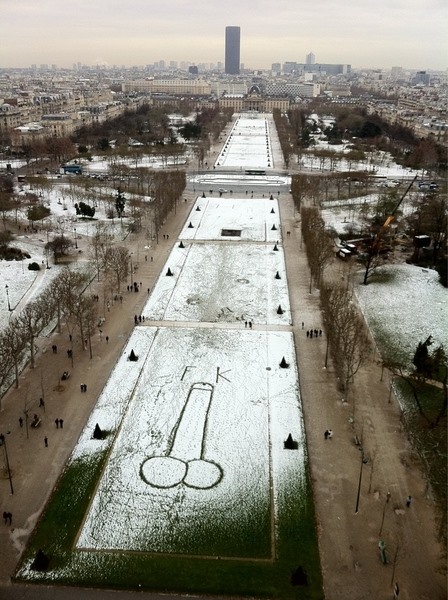 "On Friday, if you were going to the Eiffel Tower, in Paris, you could see a giant penis! It was drawn into the snow covering the grass. A Dutch tourist took a picture and posted it on Twitter. Amazing view! But what if it was a Photoshop? To be sure, I called the store which is a the first floor of the Tour Eiffel, and I was confirmed the masterpiece was still here, making everyone laugh. Unfortunately the garden department of Paris city hall told me they would soon rake it up."

Inspired? Build a snow penis of your own:

Wish I had a lawn big enough for my own snow graffiti!