Cutting tool and sharp object, such as screwdriver 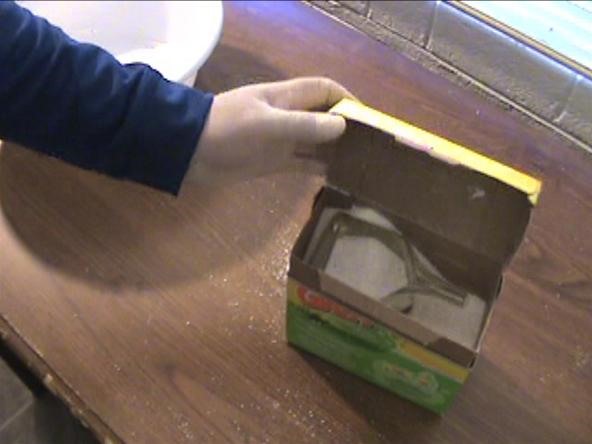 Lastly, close the box and that's it. No one will know the box is booby trapped until it's too late.

When your victims open the detergent box, it will look normal.  So when they load up their washer and are about to put detergent into the machine by picking up the measuring cup, the string attached will pull up the flap below, making a big opening, causing all the detergent to fall out all over the place, in the process making a huge mess!

Check out the Instructional video!

Enjoy this harmless, yet funny prank!